This year all children in the school have taken part in a whole-school writing project inspired by the book 'Tuesday' by David Wiesner.

The book inspired a two week long topic that every child was immersed in through their full curriculum. All lessons were linked to the book in English, Maths, Geography, History, Art and Computing. Every child had the opportunity to learn about amphibians in special Science lessons with real amphibians. Children in Year 2 even worked with a specialist dance teacher to choreograph a new dance piece based on the animated short using music by Paul McCartney.

During the two week topic we commissioned an artist in residence, Becky Barnett, to work with our Year 5 children to create an art installation based upon the book.

The sculptures now hang proudly in our new library, which was opened by Maria Eagle MP on 3rd May 2019. 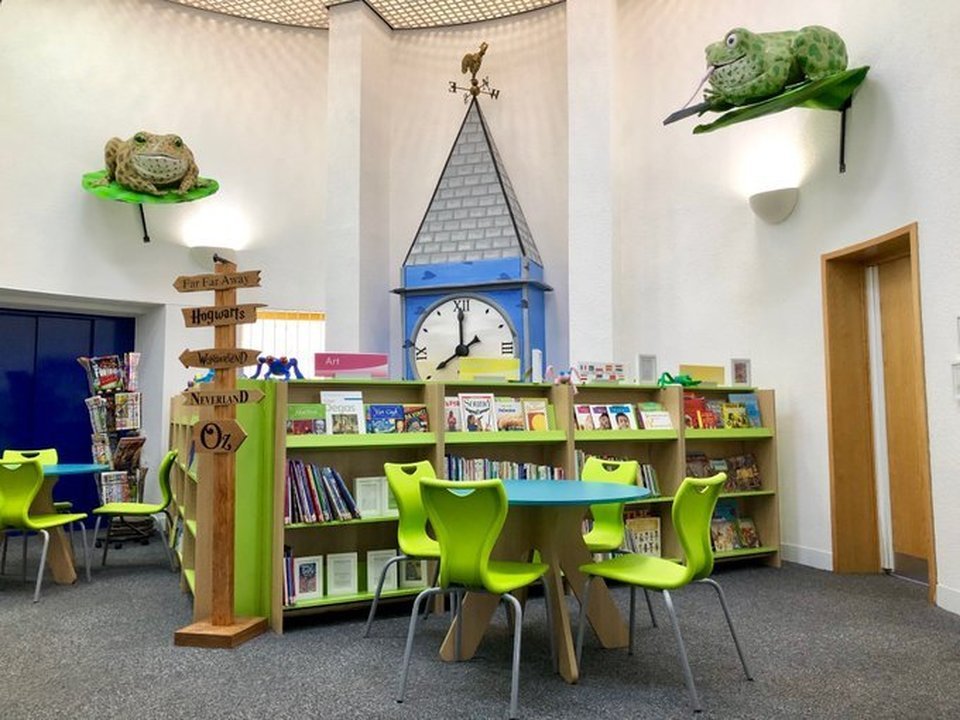 During out Tuesday work, each class studied a variety of amphibians in Science, as the book Tuesday features some cheeky frogs! The children were given first hand experiences throughout the week as frogs, snakes and a range of other amphibians arrived at Banks Road for the children to learn more! 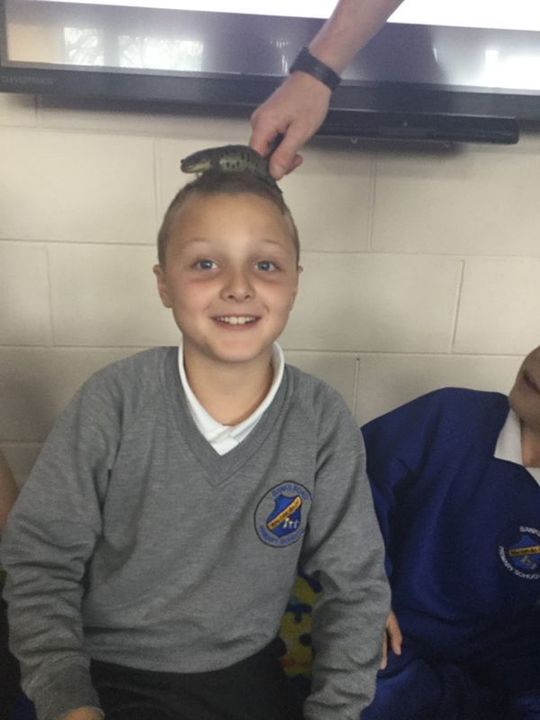 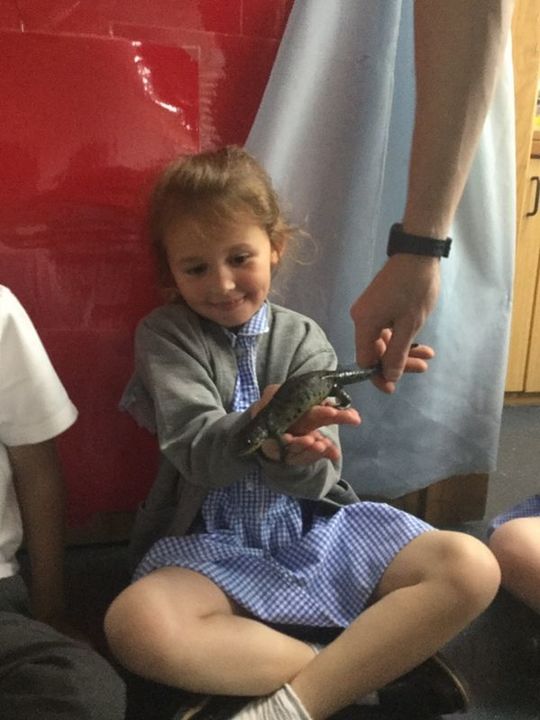 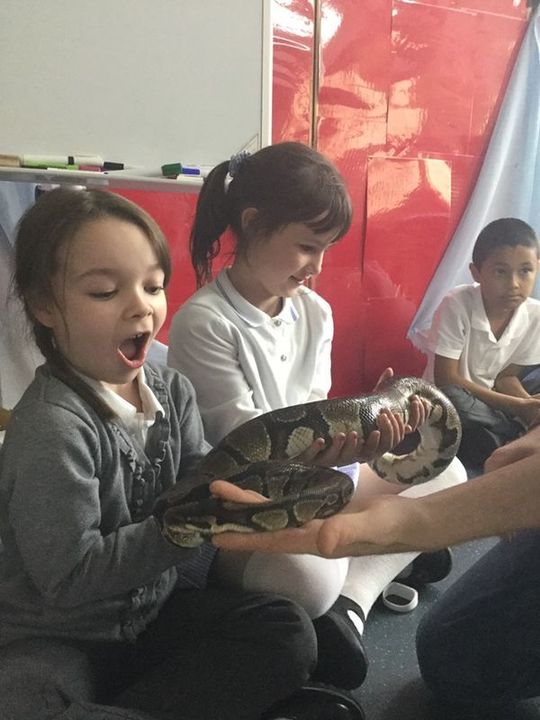 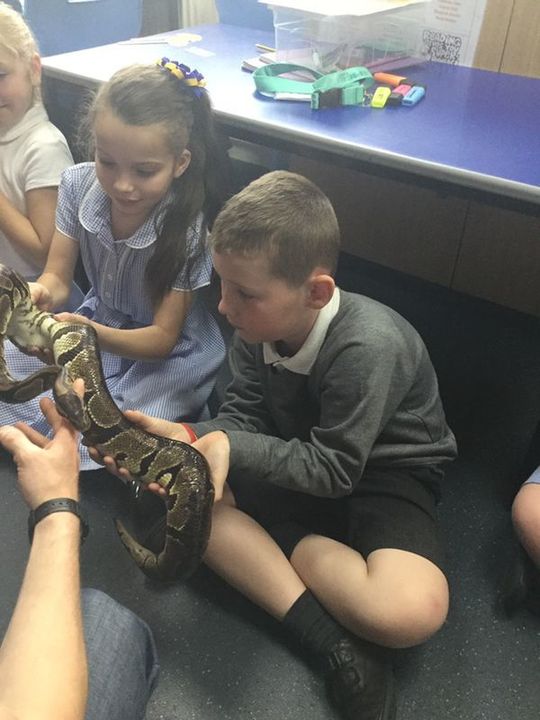 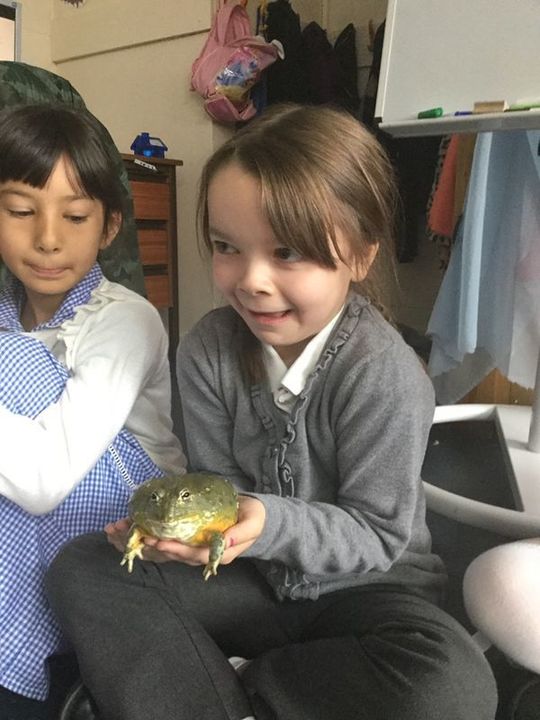 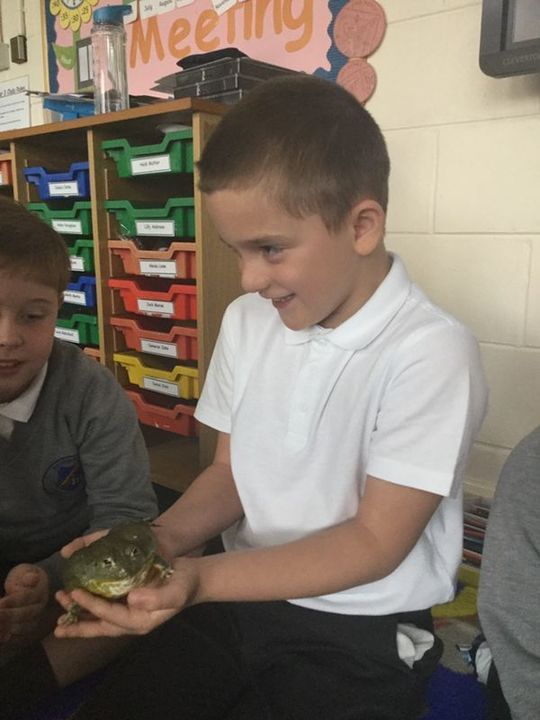 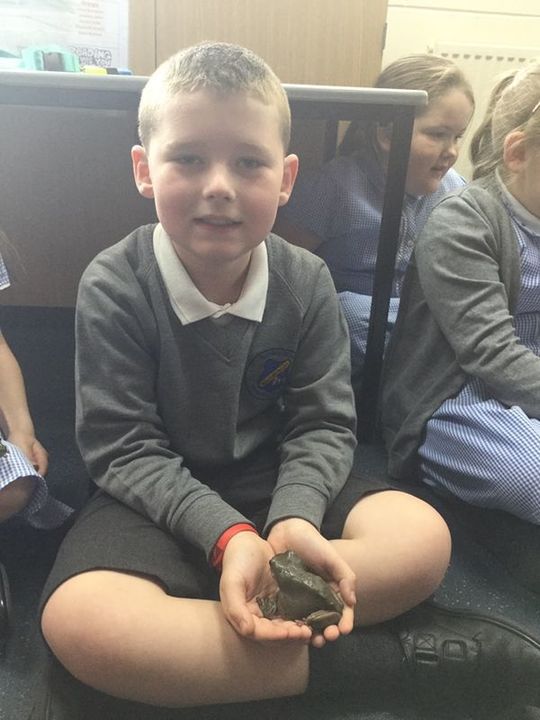 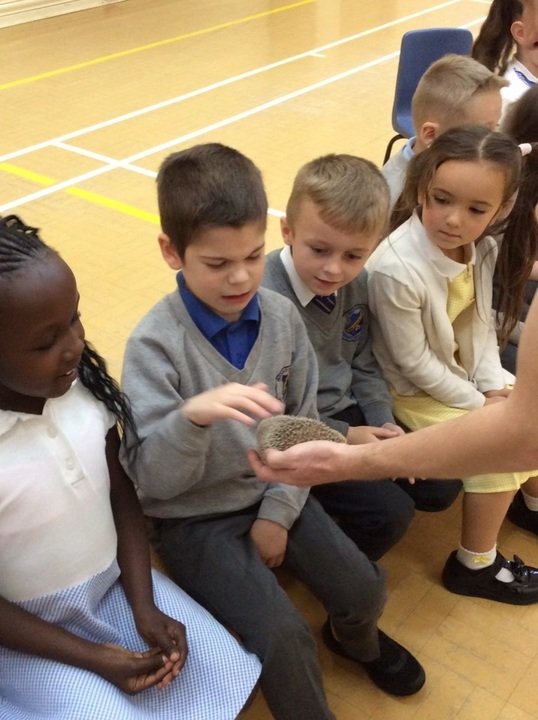 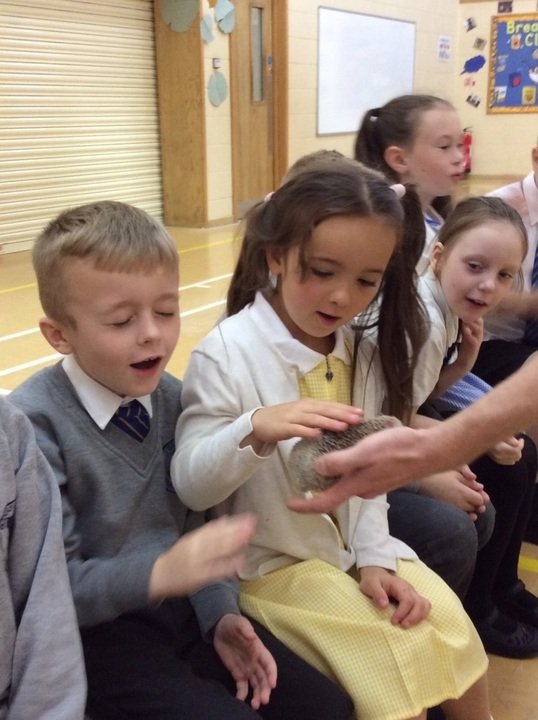 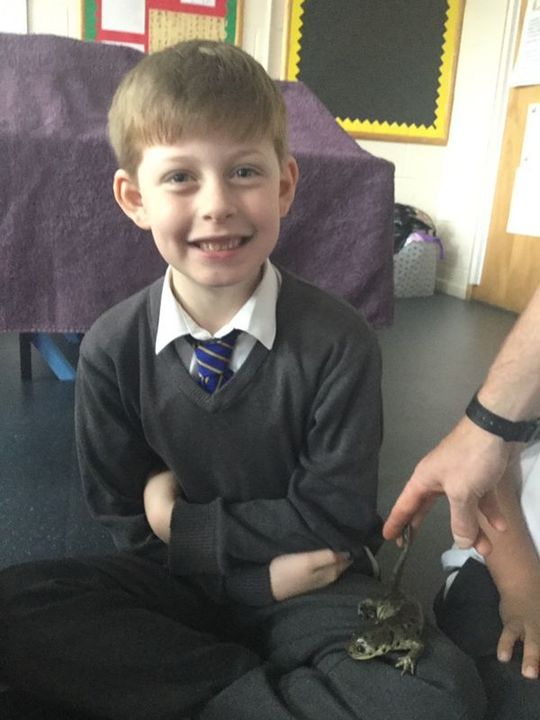 Each class in the school does daily shared reading from Nursery to Year 6. The children in each class used a model text to explore the book Tuesday and further developed their use of higher level vocabulary.

Tuesday, written and illustrated by David Wiesner, is a 1991 picture book. Tuesday received the 1992 Caldecott Medal for illustrations and was Wiesner's first of three Caldecott Medals that he has won during his career. Wiesner subsequently won the Caldecott Medal in 2002 for The Three Pigs, and the 2007 medal for Flotsam.

Tuesday is an almost wordless picture book for children. The book was originally published in 1991 by Clarion Books, and then re-published in 2001 by Houghton Mifflin Harcourt Books for Young Readers. The book contains 35 pages and is designed for children ages 3 and up. 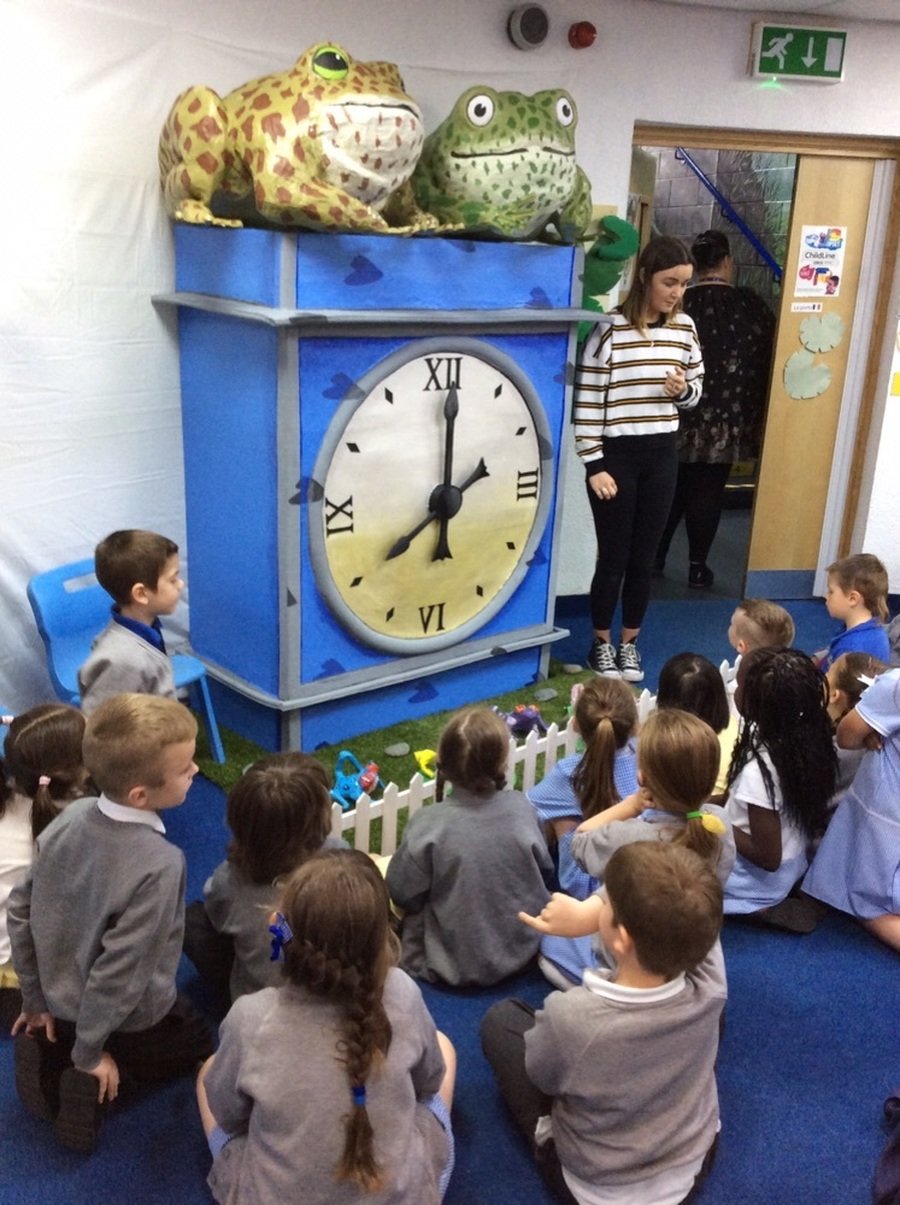 Inspired by the book Tuesday, Year 2 worked with dance teacher Mr Doyle to create an interpretation of the book. The dance used music from the animated short by Paul McCartney.

On Wednesday 17th July 2019, Year 2 performance the dance for their parents/carers at St. Nicholas Academy. See the dance below:

As part of English lessons, each class used 'Talk 4 Writing' to create their own 'Tuesday' themed 'hot task'. Examples of the genres covered by classes include:

These completed 'hot tasks' were then compiled into a published book which children could purchase. This was completed in partnership with Scholastic as part of their We Are Writers project: